When I was a child I loved unicorns. In my room I had unicorn statues, a snow globe, posters, and bedspread. Something drew me to those mythical creatures and their unknown worlds of imagination. As a child I knew unicorns were not real, but as an adult I learned what it felt like to be some what mythical. In the year 2003, I was in my early 20's when I decided to further investigate my medical records and did an internet search for Complete Androgen Insensitivity Syndrome. It was a shocking realization to learn I was born intersex, which technically means although my body is female I also had male chromosomes. During fetal development, instead of progressing into male development, I was resistant to androgens (testosterone) and reversed development into female. I had never heard of this diagnosis or anyone else like me. It was a rather lonely feeling. Up to that point, I had only heard about hermaphrodites and seen the episode of Friends, where they joked about Rachel being one.

Fast forward to today. I now belong to a fantastic support network of intersex individuals and know a lot of people with the exact intersex condition I was born with. That is the most awesome feeling in the world and makes being born with this difference more bearable! Having these connections through the Androgen Insensitivity Syndrome- Differences of Sexual Development (AIS-DSD) support group had increased my confidence to overcome the obstacles of dating, being childless, and insecurities of being born different.

October 26th is Intersex Awareness Day, and some major obstacles the intersex community faces are many people do not know we exist or that we have had our rights infringed on throughout the years. There is a long history of the medical community encouraging our shame by providing gender correction or assigning surgeries to very young children, removing gonadal tissue before a person is old enough to make those decisions and starting kids on hormone replacement therapy so they can develop normally and fit in to what gender they are supposed to be. Today our community is speaking out against these outdated medical practices. There are practitioners who are willing to listen and walk with us to make changes for the future, but this type of change is slow and we hope for positive changes for future generations.

For us to take control of our lives, we need to be apart of the decisions of our medical care. Because we have not been apart of the discussion, it has fed into the shame and secrecy of being intersex and different. But the more intersex people I have met, the more I realized how frequent and it was. We are conditioned in society to think in terms of male and female, pink and blue. But that is not always the case! We are typical human beings, dealt a lousy biological card for something that happened to us during prenatal development. We want to move to move forward from this past of shame and secrecy into a future of being comfortable in our skin and living openly about who we are!

I know I cannot change my past in terms of what surgeries I had and what information was given to me and when about being Intersex. But I have the power from now on to choose how I want to live my life. I have been blessed to find a partner who married me and loves me for who I am. I have found a rewarding career in social work. I have been blessed to become a leader in my intersex community and assist in planning our support group conference and the youth. Working with the youth had given me much hope for the future, seeing their strength and courage to be who they are at a much earlier age without hesitations.

Intersex is strange and different for people who don't understand it. But most people do not understand it because we are afraid to be open and public about who we are due to negative push back. But the more aware the general public becomes about our existence, they learn we are not unicorns but real human beings. Also, we want to be respected in our medical decisions and have involvement in the research process- not be studied! We want to live life free from shame and secrecy and to not be afraid of being who we are and true to ourselves. 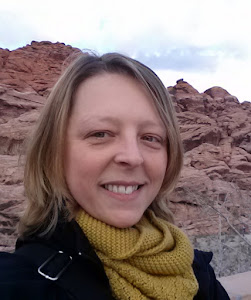